Karnataka Chief Minister announced a new deadline for the completion of Phase-2 metro in Bengaluru. The project which was about to end in 2025 will now have to be completed by 2024. This development comes fresh after prolonged problems people have been facing due to the ongoing construction work.

Traffic congestion has been an issue in Bengaluru for quite some time now. The metro connectivity will ease the roadway traffic and promote a smoother traveling experience. The preponed deadline for Phase-2 metro completion comes as a glimmer of hope for the real estate market. The initiative addresses the only drawback that has inflicted Bengaluru.

Chief Minister, Basavaraj Bommai said, “I will personally supervise it. At any cost, the second phase should be finished by 2024”. The idea, he says, is to set up metro connectivity till the Kempegowda International Airport. The Centre has rendered its full support and is providing ample financial assistance for the project.

Bommai announced the preponed deadline in an event marking the tunneling of metro rail from Cantonment to Shivaji Nagar Metro Station. He further added, “You have set a deadline of 2025 for second phase, but you finish it by 2024. You re-plan and reschedule it so that you can complete it at the earliest because metro rail work causes much trouble to people.”

Many areas which were previously inaccessible, will now be connected to other parts of the city. The metro connectivity will save both time and money. The people of Bengaluru have welcomed this new vision. The advantages of the metro connectivity had already attracted multiple property buyers to the leading IT and industrial hub. Its early completion, will now, pull more buyers to the city creating sufficient profit in the real estate market.

The tunneling of the Cantonment-Shivaji Nagar stretch started on July 30, 2020. Nine Tunnel boring machines (TBM) “Urja” was used in the process of tunneling 3.842 km of the 21.246 km stretch. Officials from the Bangalore Metro Rail Corporation Limited claimed that the Gottigere to Nagawara stretch (Line6) is part of the Phase-2 metro railway project. This new line is 21.26 km long.

The Gottigere to Nagawara Line is said to comprise 7.5 km of elevated corridor, six stations and 13.76 km of underground corridor. 12 underground stations will be built in the corridor from south ramp, near Jayanagar Fire station, to north ramp at Nagawara. The estimated cost of the second phase of the “Namma” Metro would be INR 30,695 Crore.

All in all, property developers see this recent development as an opportunity to tap into areas that were previously untouched. Companies are working on multiple properties keeping in mind the new metro connectivity. The growth in infrastructure and an upsurge in the demand for property surely comes from the development in the metro rail connectivity. Its early completion brings only prosperity and joy. 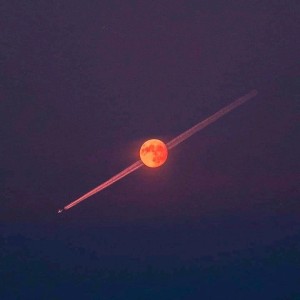 Prestige Sanctuary is an exquisitely planned residential villa project located at Nandi Hills Road in Bangalore. The property is one of the finest villa projects

Brigade Horizon is an exquisitely planned residential community that is located at Mysore Road in Bangalore. The property features one of the finest residential enclaves According to the most recent real estate data, the price of the house in Bangalore is increasing. The increase is attributable to several factors that