IS BANGALORE AMONGST THE TOP CITIES FOR PROPERTY INVESTMENTS? 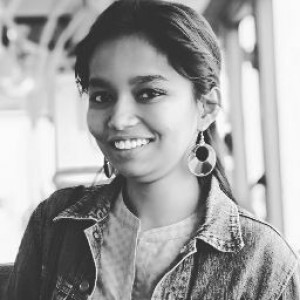 With the ever-changing times, people have started to change themselves and move towards what is better for them. They want better lifestyles, better places to live, homes that are lavish enough to live in, and also have a great wellness quotient. People want to live in cities that can offer them growth in both professional and personal categories and Bangalore is one such city. Bangalore certainly has emerged as the IT capital of the country and though other cities like Gurgaon, Delhi, and Mumbai are catching up, Bangalore is still a bit ahead of them in the game.

Since there are so many options to choose from, it becomes very difficult to decide that where among these plethoras of choices should the people, companies and sectors make their investment. Bangalore is one such city that has always been among the top choices when it comes to where you want to buy a home or apartment for yourself.  There are some very prominent reasons so as to why some cities are better developed and what all Bangalore offers that others don’t, which makes it top the list?

The growth in the doesn’t only depend on the pricing of the houses at random, it depends on so many other factors like the locality the plot is situated in, the amount of employment the area is offering, the amount of population it has, GDP, job opportunities and whatnot. The number of people that inrush to Bangalore from within the country and also from the other parts of the world as well is unmatched from other cities and the reason for this being the great quality of education, various buzzing employment opportunities and lots of overall development in short.

According to the last census that was held in 2011, Bangalore had a population of around 12 crores and was increasing rapidly especially because of the employment opportunities that were offered to the people. The GDP of the urban sectors of Bangalore is almost 1/3rd of the overall GDP of the country. Various zones of the city like IT parks in the areas of Whitefield, Electronic city, etc have played one of the most important roles in the influx of real estate companies and the development of the city as a whole.

With the development of the international airport and the Bangalore-Devenahalli corridor, lots of projects have been developed on both sides of the corridor. The expansion of the metro plan is also on the rise and this is also helping in the creation of events and jobs for people.

DEVELOPMENTS DUE TO THE REAL ESTATE BUSINESS

Some key features which the growth of the real estate sector is directly linked to are mentioned below:-

It would not be wrong to say that Bangalore is amongst the top choices by the companies for the real estate sector and certainly one of the best cities to live in. So it can be clearly stated that it’s amongst the cities for property investment in the country.